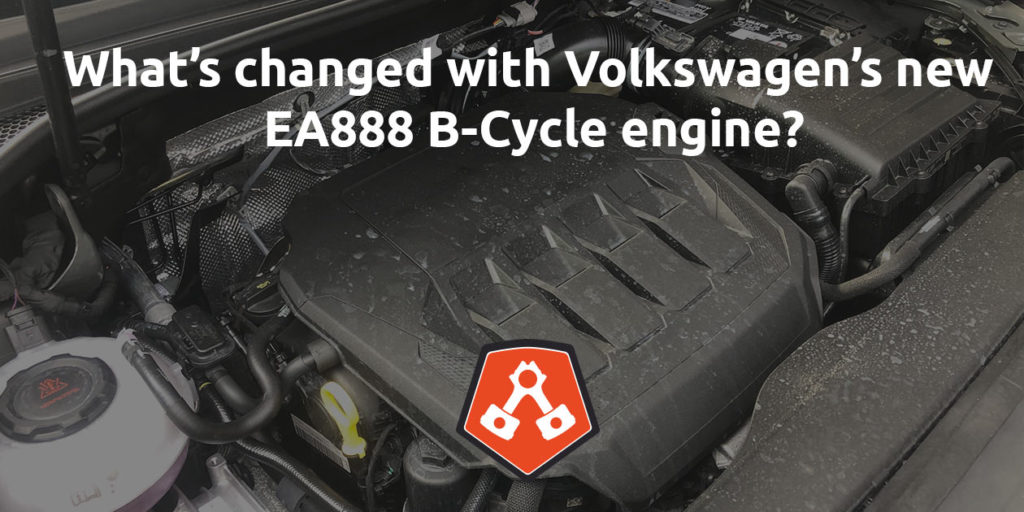 Volkswagen consistently strives to improve its engine technology by developing powerplants that achieve high power output in conjunction with good fuel economy. The TSI engine (in varying generations and displacements) has been the default turbo four-cylinder used in Volkswagen, Audi, and some Porsche vehicles in the U.S for the last 10 years.

In recent years, Volkswagen has been rolling out a new version of the EA888 2-liter motor. This new generation engine will be replacing the 1.8 TSI, offering better fuel economy, horsepower, and torque figures. How does Volkswagen achieve better fuel economy on a larger displacement engine? The answer lies in the “Budack” Cycle (B-Cycle in the engine name), a proprietary technology developed in-house by Volkswagen engineer Ralph Budack.

What is the Budack Cycle?

How does the Budack Cycle work?

To understand the technology used in the Budack Cycle, you must understand the Atkinson Cycle on which it is based. The Atkinson Cycle achieves increased fuel economy by leaving the intake valves open at the beginning of the compression stroke, forcing some of the air-fuel mixtures out of the cylinder. This step reduces the energy needed during compression, lowers the compression ratio, and keeps the expansion ratio during the power stroke the same.

The Budack Cycle works by closing the intake valves early instead of late. In addition to lowering the compression ratio, the Budack cycle results in improved combustion and fuel economy.

By closing the intake valves early, the air-fuel ratio is “stretched” leading to better mixing.

Lower horsepower than the previous 2.0-liter

Improved fuel economy is the main selling point for the Budack cycle. While the new engine is up in horsepower from the outgoing 1.8t it’s replacing, the new B-cycle powerplant does not make as much power as the previous 2.0-liter.

The main reason for this is the lower power output do the Budack cycle. Had this technology been applied to the 1.8t, it would have been significantly underpowered compared to segment competitors. By using a larger displacement engine, Volkswagen’s engineers were able to greatly improve fuel economy while providing a small bump in horsepower over the outgoing 1.8t.

The B-cycle engine replaces the 1.8tsi

This new motor will be used in vehicles like the Passat, which previously used the EA888 1.8t.

If you are a performance enthusiast, you might be concerned. A new 2.0t that makes less horsepower? What about the Golf R and GTI?

The Budack Cycle 2.0t is a new workhorse engine that will be used in a variety of models. Its balance of fuel efficiency and power makes it ideal for daily drivers and larger vehicles. Smaller vehicles will use the downsized 1.4 TSI engine.

The upcoming Mk8 GTI and Golf R will use a separate 2.0-liter engine, the new EVO 4 version of the EA888 2.0t. This engine will make much more power and torque than the B-cycle plant.

As VW continues producing more and more fuel-efficient engines, the B-cycle motor, with its larger displacement, goes against the norm of increasingly smaller engines. Using proprietary technology, the Budack Cycle, Volkswagen has created a new workhorse motor to power models across their lineup.