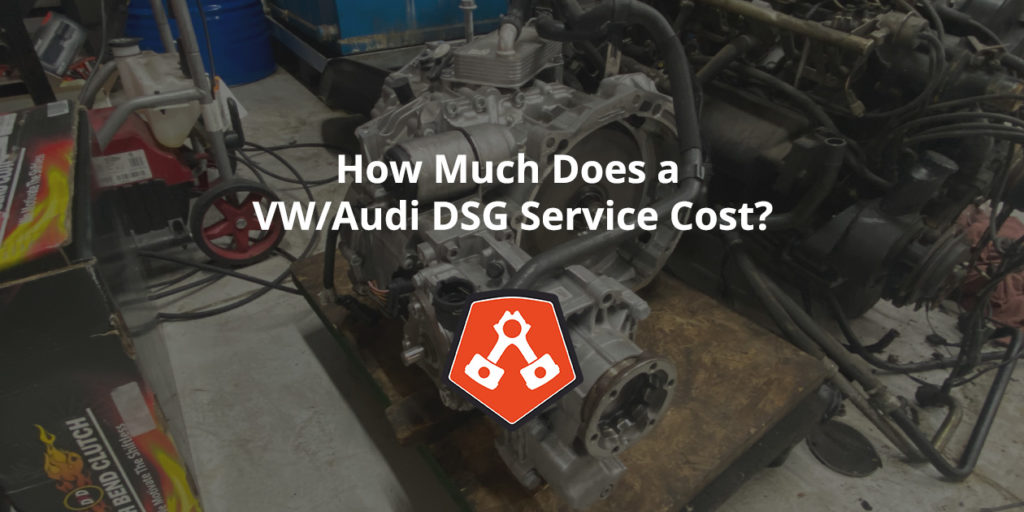 How Much Does a VW/Audi DSG Service Cost?

Dual-clutch transmissions (DCTs) require more frequent maintenance than a traditional automatic, and the services can be pricey. In this article, we will go over what’s involved in a DSG transmission service and how much you can expect to pay.

History of the DSG Transmission

Dual-clutch transmission technology has been around since the 1960s but did not become reliable or practical for use until the 1980s. Even then, the technology was only used in racing applications, notably the Porsche 962 race car.

It wasn’t until the early 2000s that DCT technology made its way into production cars consistently. The 2003 Volkswagen R32 was the first modern vehicle to use a dual-clutch transmission but was sold only in Germany.

Since then, DCTs have become commonplace on production vehicles from a variety of manufacturers.

How Often Does a DSG Need to Be Serviced?

Volkswagen and Audi recommend a DSG service every 40,000 miles. Most DSG transmissions are wet-clutch; meaning the clutches are submerged in oil that provides cooling and lubrication. Over time, this fluid gets dirty, and the filter meant to keep it clean can become clogged with debris from the clutch plates. Just like an engine, proper lubrication and cooling are essential to the function of a DSG transmission.

What’s Involved in a DSG Service?

How Much Does a DSG Service Cost?

The cost of a DSG service is broken up into parts and labor. DSG transmissions use different fluids than traditional automatics and often incorporate a cartridge filter, similar to the engine.

Labor time can vary significantly for a DSG service. In some vehicles, it can be difficult to access the filter and drain plug on the transmission. The service will require more disassembly and reassembly time to complete.

At Alex’s Autohaus, you can expect to pay around $400-$700 for a DSG service, depending on your vehicle. The cost of the service is impacted by shop rates, so you may see different prices at different shops.

Regular DSG service is the best way to keep your Volkswagen or Audi shifting properly and avoid expensive transmission repairs. If you are coming up on a 40,000-mile service interval, give us a call or schedule an appointment at our repair shop in Midvale today. Our expert European auto technicians have the skills, experience, and special tools needed to keep your car running as it should.