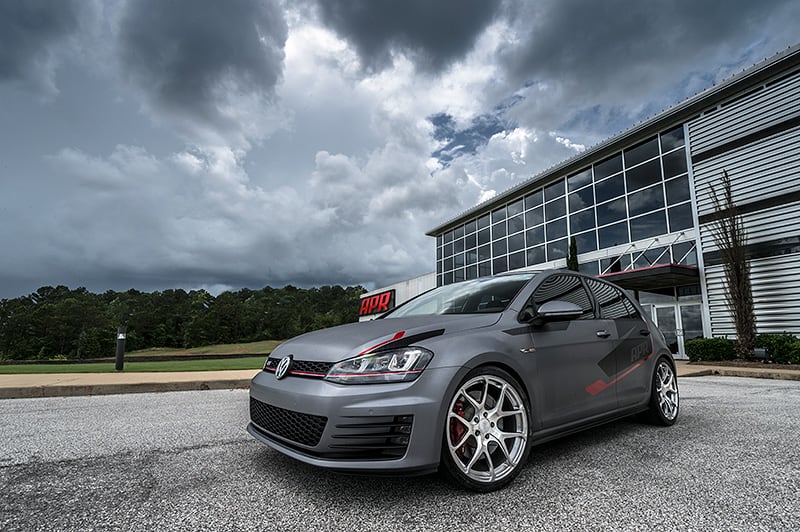 With the price of used MK7 Volkswagen GTI’s dropping you may be considering adding one to your stable.  The Volkswagen MK7 GTI covers model years 2015-2020.  If you are looking at the older MK6 GTI you may want to go read our article on the issues related to the MK6 GTI.

As any good consumer you want to know what you are getting into and what potential issues you may be facing under your ownership.  The good news is that for the most part these have been pretty reliable cars over their production run.  However, there are a few issues you should be aware of when doing your car shopping.  If you want background on what is new with the engine on these cars our MQB article is a good read.

The MK7 saw Volkswagen go to an IHI turbocharger, specifically the IS20 in the GTI (IS12 in 1.8T Golf and IS38 in Golf R), compared to the tried and true Borg Warner.  Why?  One can only assume cost was the reason, because reliability certainly was not the prime deciding factor.  The turbocharger on the early model year MK7’s was especially prone to failure. These turbos have been known to explode causing shrapnel to fly into the exhaust and intercooler.

Fortunately, there have been a significant number of part revisions on the turbo from Volkswagen to address the high failure rate.  It is easy enough during your pre-purchase inspection to inspect the turbo and get the part number off of it.  Part number 06K 145 702N was super notorious for failing, but really you should be aware of any with part numbers ending in 702.  Ideally any with the 722 part number revision have been ok.

With all this being said, the bonus of early turbo failure is the ability to upgrade your turbo.  The IS38 turbo from the Golf R is the most popular conversion.  Let’s make lemonade out of the lemons that VW gave us with the early iterations of the IHI IS20 turbo and make big power with a bigger turbo.

The next most common issue we have seen is leaks from the water pump and thermostat housing.  There have often been complaints of coolant smells coming from the engine bay of these cars, but no visible leaks.  The majority of the time we have seen that these smells are originating from the leaking housing.  Typically, the leaks are small enough that people don’t notice the leak and just have to top off their coolant every so often.  This is annoying and shouldn’t be necessary.  The plastic housing starts to deteriorate and leak, but the VW/Audi Pink Coolant has a coagulating agent in it that helps it from becoming a huge running leak immediately.

The sunroof issues on these cars can be just annoying.  We will have complaints about creaking sounds coming from the panoramic sunroof when closed; especially on rougher roads.  This is due to the flex movement between the glass panel seal and the body.  There are service bulletins from VW that specify adding a film to insulate the glass from the body better to help eliminate the sound.  You may be able to get this repaired at the dealer for free, but it will depend on your VIN number range to see if it is covered.

This poor seal has also led to leaking as well.  Most notably under very heavy rains and high-pressure car washes.

With these known issues it is good to take the vehicle on a rough road on a test drive and make sure it is nice and quiet.  You would also want to pay particular attention to any signs of water intrusion.

This next one is a known issue, but fortunately it is covered under a safety recall.  What happens here is fuel will leak into the evaporate emission system and get through the charcoal canister filter element which could be a potential fire danger.  This is covered under a safety recall and you can call VW and reference NHTSA Campaign Number 16V647000.  So, while this is a known issue it shouldn’t prevent you from purchasing a car as it is a freebie to get fixed.

The final issue isn’t necessarily a defect on a stock car, but it is if you plan to tune your car in any way.  The stock clutch on these are just plain weak-sauce.  Anything beyond stock torque levels and it will start to slip.  So, if modifying your car (which of course we recommend) just make sure you budget for an upgraded clutch if you choose a manual transmission car over a DSG equipped vehicle.

And that folks is about the extent of common issues we have seen on these cars.  The MK7 GTI has been one of the most reliable iterations of the GTI that Volkswagen has put out.  They are reliable, quick, very receptive to tuning and just overall great vehicles.  If you are shopping and think you have found one you want to purchase don’t hesitate to give us a call at Alex’s Autohaus at (801) 566-6115 to schedule a pre-purchase inspection.  A properly maintained MK7 GTI should last you for many fun-filled driving years.