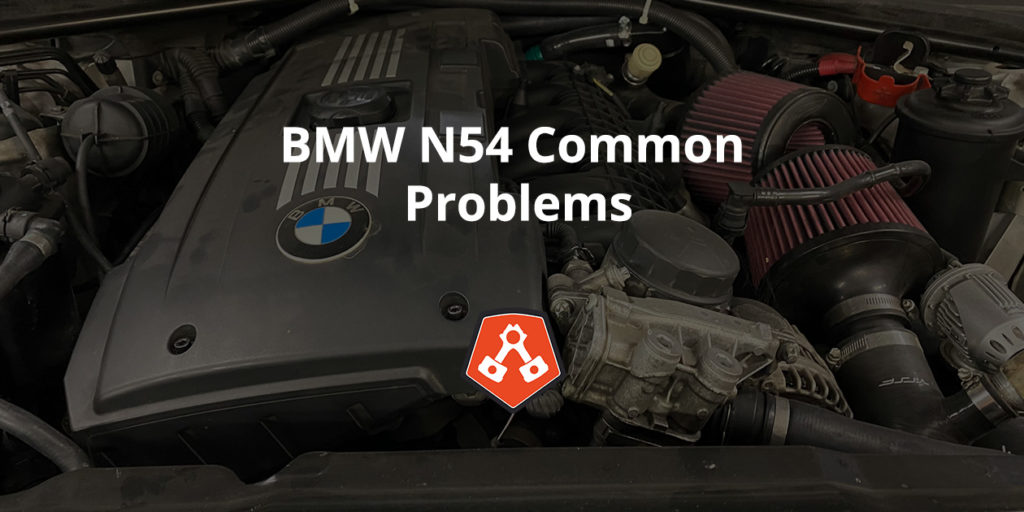 Despite being such a good platform for performance, N54 engines were plagued with a fair number of issues. In fact, BMW released its successor, the N55, hoping to address the problems that made the N54 unreliable.

Regardless of its problems, the N54 is still an incredibly tuner friendly engine, and given that it was used in cars from 2006 to 2016, they can be had for relatively cheap. On the other hand, due to their age, many of the common problems they experience may be exacerbated.

If you are in the market for an N54 powered car, read on to learn more about some of the most common problems they have!

Factory twin-turbocharging really made the N54 engine stand out when it was released, but quickly became a source of problems. The wastegate, which diverts exhaust gasses away from the turbine to control boost pressure. The wastegate is controlled by a rod which is actuated by vacuum, which wear out over time. As a result, the wastegate will start to emit a rattling sound at startup and can lead to under boost codes and poor performance.

These wastegates are non-serviceable, meaning the entire turbocharger unit must be replaced when they fail. To make things worse, the packaging of the N54 makes accessing the turbos extremely time consuming, making the total cost of replacement significantly more expensive.

If you’re having wastegate issues, you may get a P0299 code and a check engine light.

Carbon deposits build up on the backside of the intake valves as a direct result of direct fuel injection. When the deposits reach a certain point, performance will be impacted, and the carbon will need to be removed.

The most effective way to remove carbon buildup from an N54 is with walnut shell blasting. This process involves blowing walnut shells into the closed intake ports. The abrasive nature of the walnut shell pieces easily removes the cakes on carbon, restoring engine performance.

This issue almost exclusively applies to tuned vehicles. With higher boost pressures, the factory charge pipes (which allow pressurized air to travel from the turbo to the intake manifold) can crack and break. Luckily, there are a lot of high-strength aftermarket options available for those with tuned N54s.

Oil leaks plagued the N54 as well as other naturally aspirated inline-six BMW engines from the that era. The valve cover gaskets, oil filter housing gaskets, and oil pan gaskets were the most prone to leaking oil.

Oil leaks are bad news, but on N54 engines they are especially concerning. If the serpentine belt becomes coated in oil, it can slip off its pulley and get sucked into the crankcase, destroying the engine. More frequent oil changes and inspection of these areas can help prevent or catch leaks before they become severe.

The N54 high pressure fuel pump is another failure prone components, with seals inside the pump going bad. Pumps with certain manufacturing codes were even recalled by BMW. HPFP failure is fairly random, and there isn’t much you can do as an owner to prevent failure preventatively.

VANOS, which is the name BMW gives to their variable valve timing system, is controlled by a solenoid and oil pressure on the N54. Deposits of oil sludge in the solenoid can prevent the system from working properly. VANOS issues can cause reduced power and check engine lights.

Get Your N54 Serviced at Alex’s Autohaus

Our BMW experts have the skills and experience needed to service or repair your N54 powered car. Whether you need to get oil leaks fixed or turbochargers replaced, our European specialty shop in Midvale has you covered.

Want to get more power out of your N54 or other BMW? From a simple JB4, Noelle, or Dinan tune all the way up to big single turbo drag strip monster, we can help you reach the goals you have for your car. Give us a call or schedule an appointment online today!